Some times I need to install a printer driver silently, this could for example be in a SCCM Task Sequence.

One way around this is to use the build-in tools in C:WindowsSystem32Printing_Admin_Scripts

Lets try to install the HP Universal Printer Driver this way, by using the command: 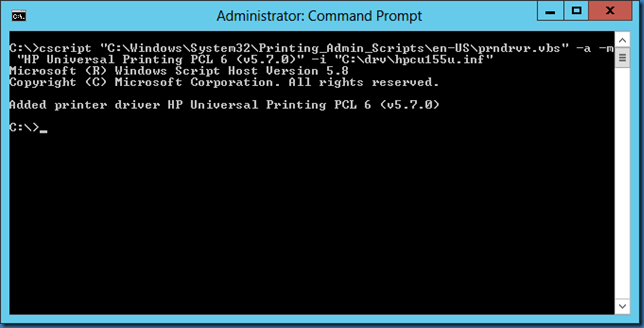 After this the driver is installed as shown in the Print Server Properties. 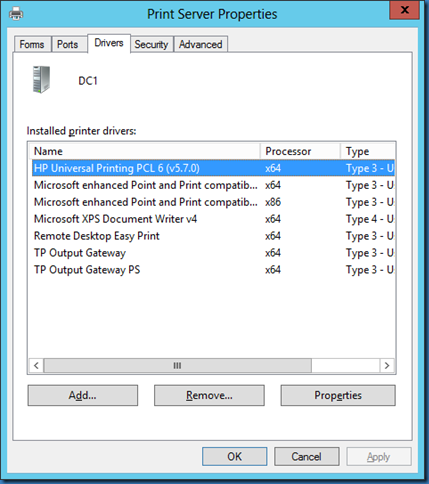 We can use another script, prnmngr.vbs to install a printer.

With this command we install a printer called temp pointing to LPT1 and using the driver we just installed: 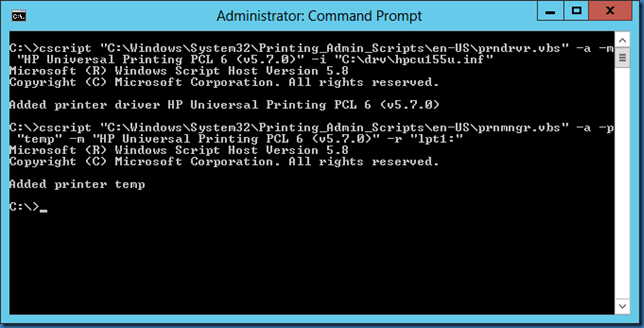 The printer is installed as shown in Devices and Printers:

Installing the printer will also generate the “famous”  BUD file that sometimes is cursing printing problems. As an example problems with the BUD file can lead to very slow printer dialog boxes.

The .BUD file is a binary printer description file that is used to increase spooler efficiency for printer drivers.

Now lets delete the printer again with the command: 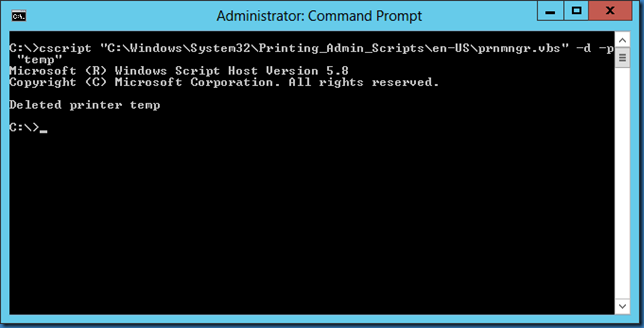 And finally we delete the Printer driver with the command: 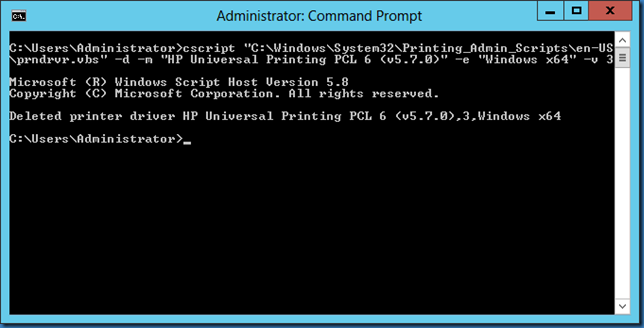 This is just examples on how to use some of the printing tools, there are lots of possibilities and even more tools, so take a closer look at the tools when your need to automate printers.