Identify whether SCCM 2012 R2 CU1 has been installed

Blog » Identify whether SCCM 2012 R2 CU1 has been installed

Identify whether SCCM 2012 R2 CU1 has been installed

So once again it’s time to take a closer look at the version changes, this time for R2.

After upgrading to System Center Configuration Manager 2012 R2 CU1, you will be able to identify the update as shown here. 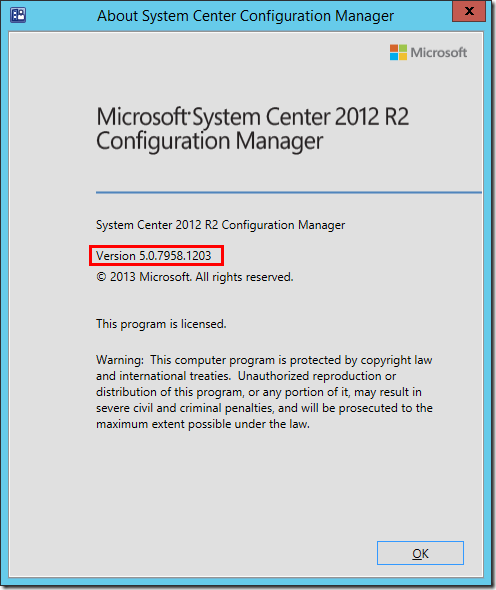 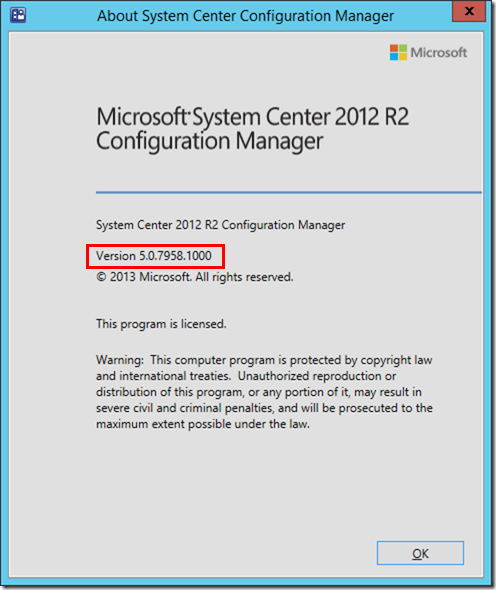 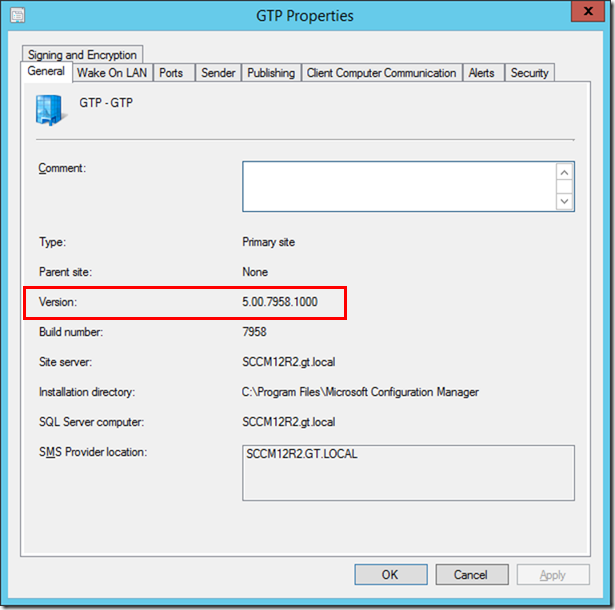 CULevel reports 1 after CU1 has been applied. 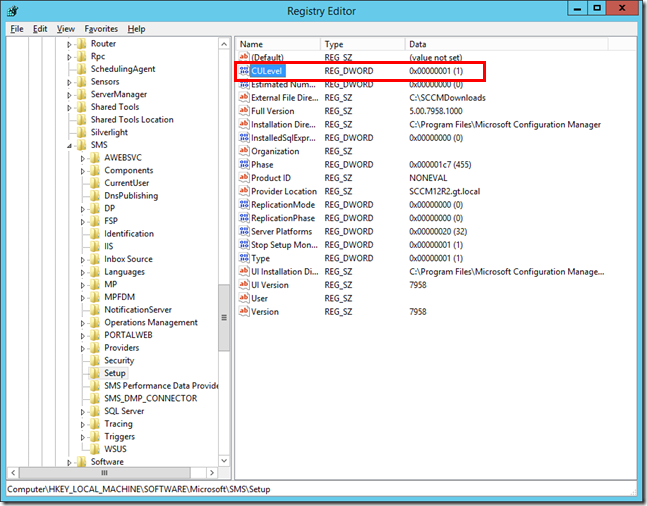 Before updating CULevel reported 0 because no Cumulative Update was installed. 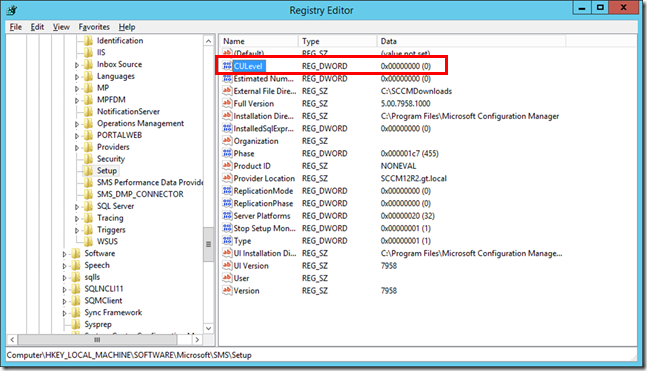 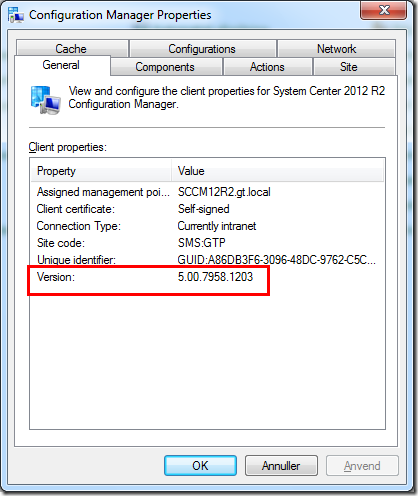 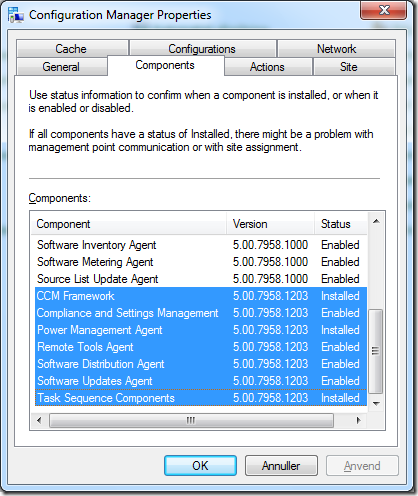 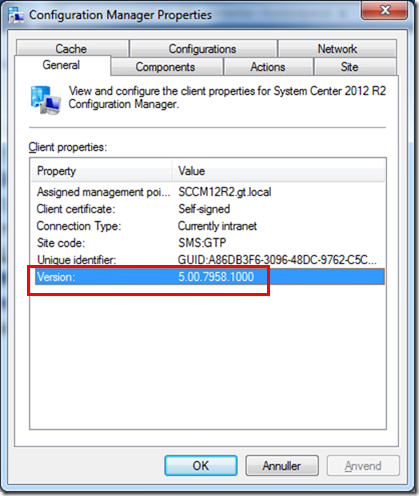 Which means that scepinstall.exe file in the ConfigMgr install folder “.Program FilesConfiguration ManagerClient” will be updated to version 4.5.0216.0 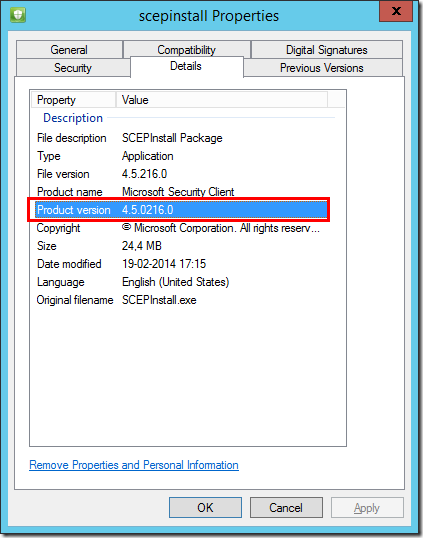 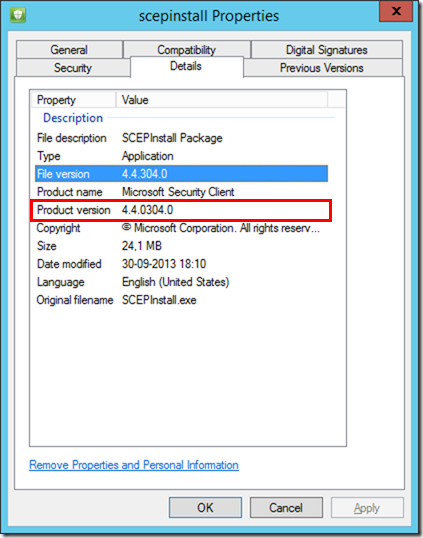 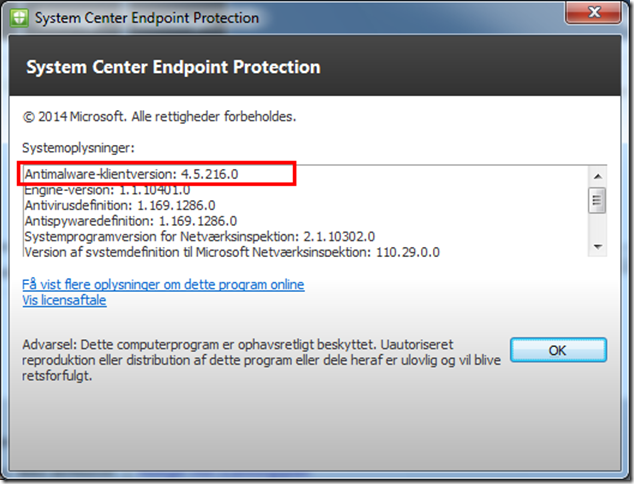 The SCEP update will also be available from Microsoft Update according to the article: http://blogs.technet.com/b/configmgrteam/archive/2014/03/27/anti-malware-platform-updates-for-endpoint-protection-will-be-released-to-mu.aspx