After the RU4 update for the console has been installed you should see version 3.2.7768.0: 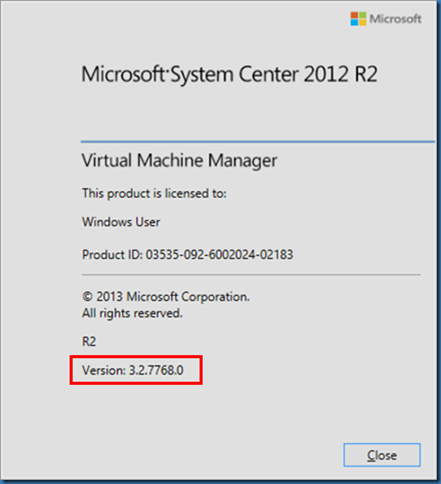 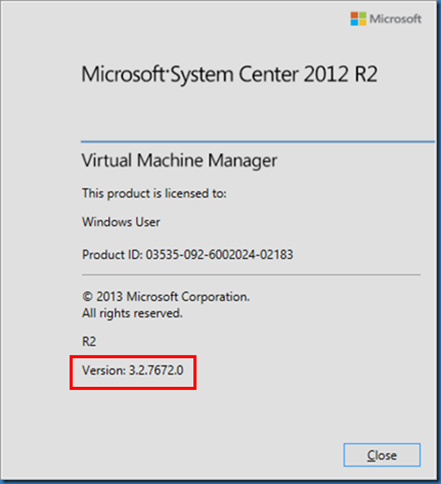 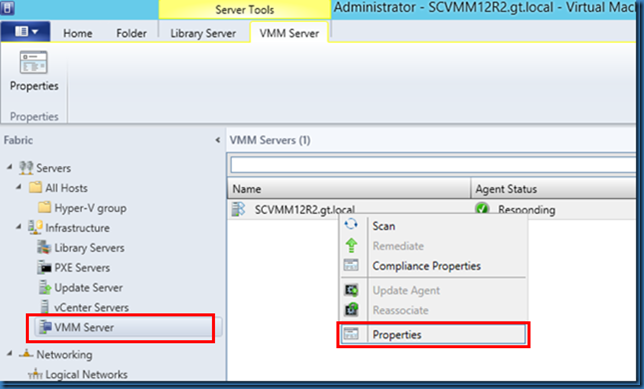 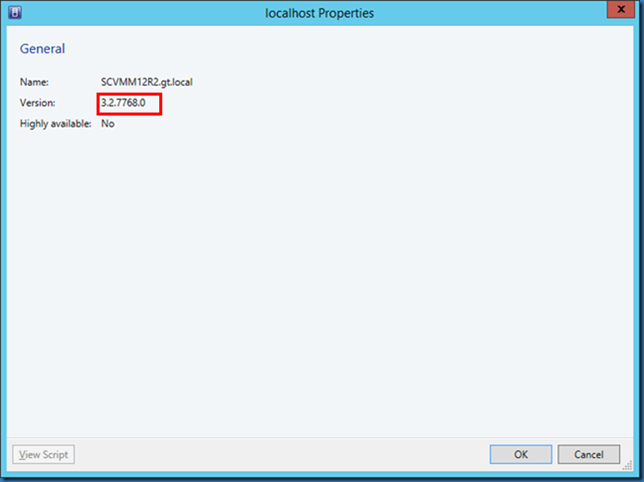 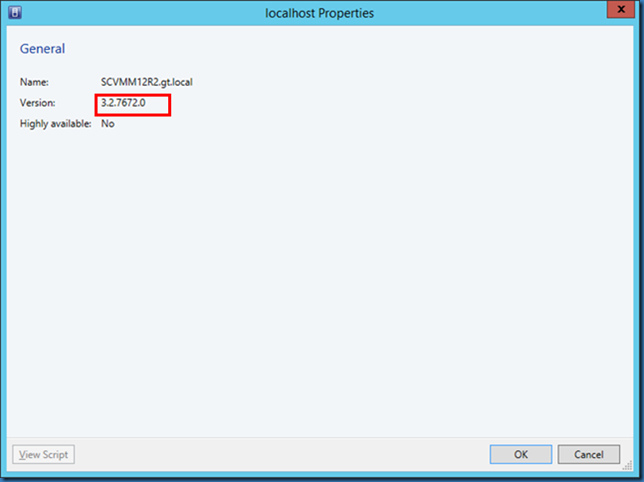 The Server update is also visible in installed Updates, when RU4 is installed you should see 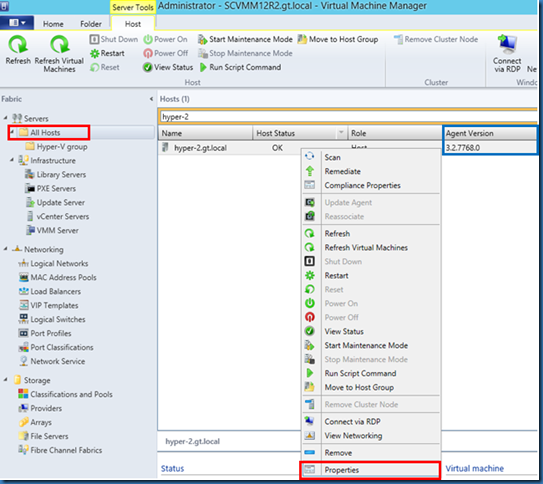 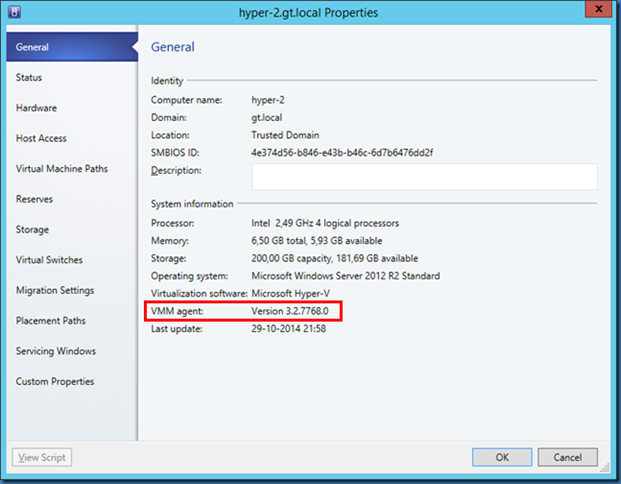 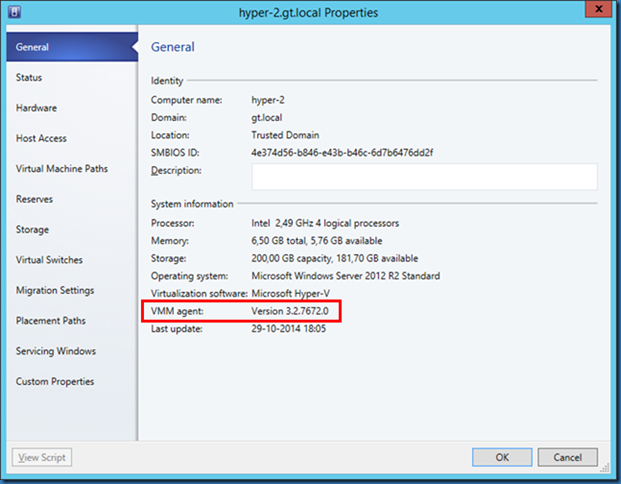 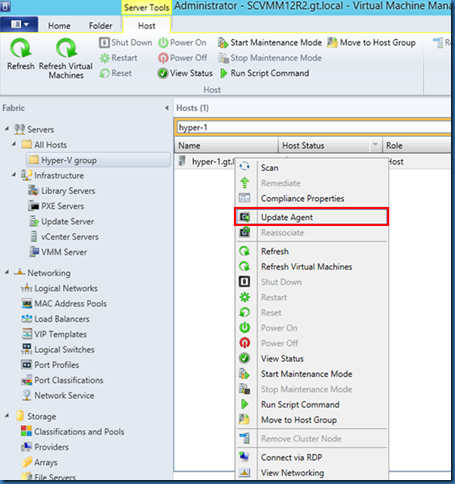 The VMM Agent version can also be found in Programs and Features on the Hyper-V host:

Before updating my Hyper-V server had installed version 3.2.7672.0 which is the RU3 version. 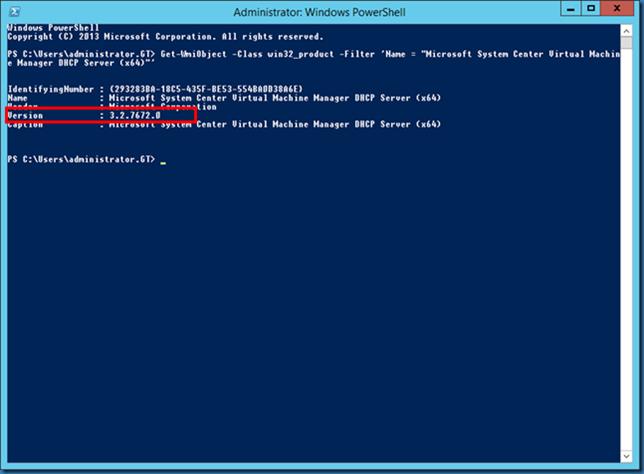 After upgrading to the RU4 version the PowerShell command returns version 3.2.7768.0: 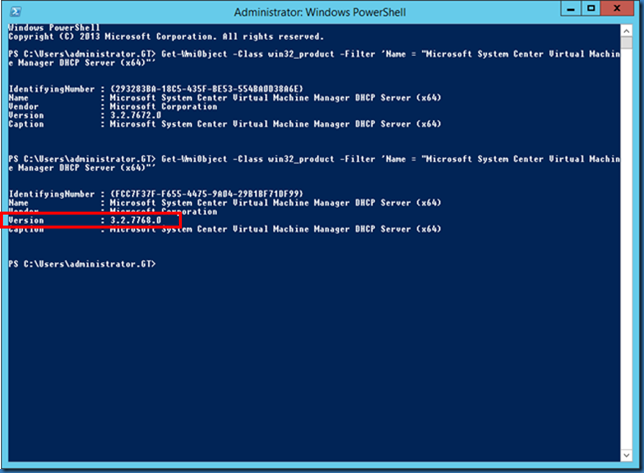