If you manually download the update packages from the Microsoft Update Catalog and install them by double-clicking the packages, you have to install the Virtual Machine Manager Server package as an elevated user. 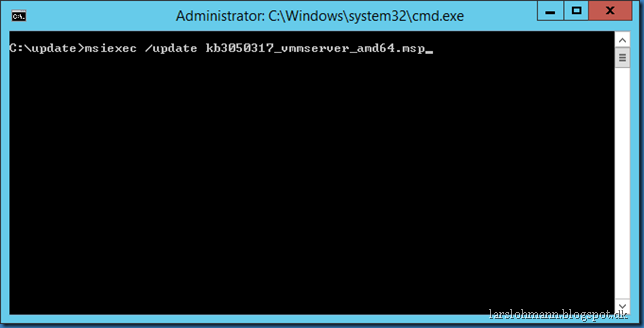 You can install the Virtual Machine Manager Administrator Console package by double-clicking the package also as an elevated user.

Please note that there has been some problems with the naming, so the x64 Admin console update might be in the x86 cab file. 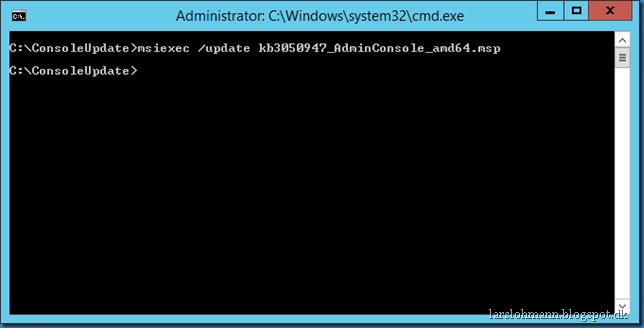 If you also have the Administrator Console installed on the VMM server, install the updates in the following order:

After the RU6 update for the console has been installed, you should see version 3.2.8002.0: 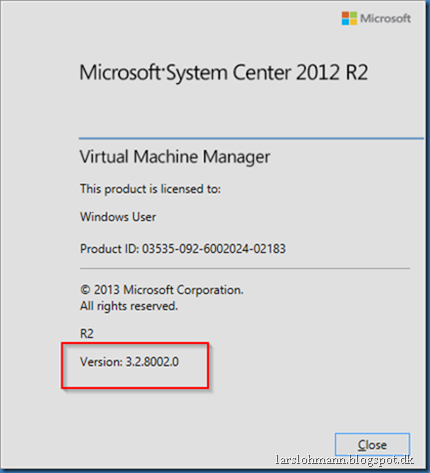 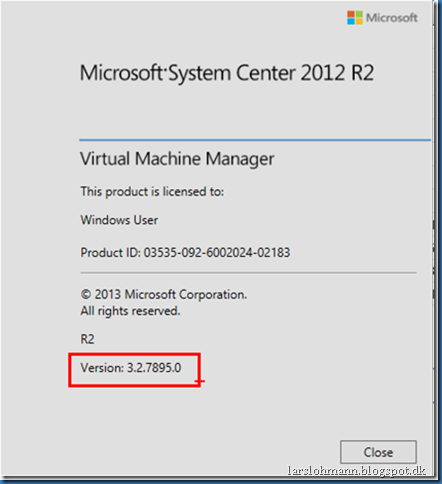 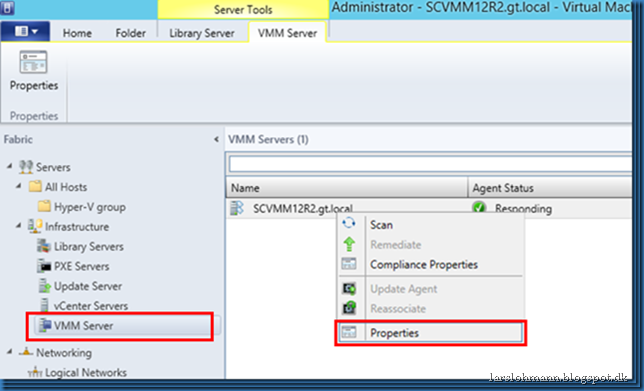 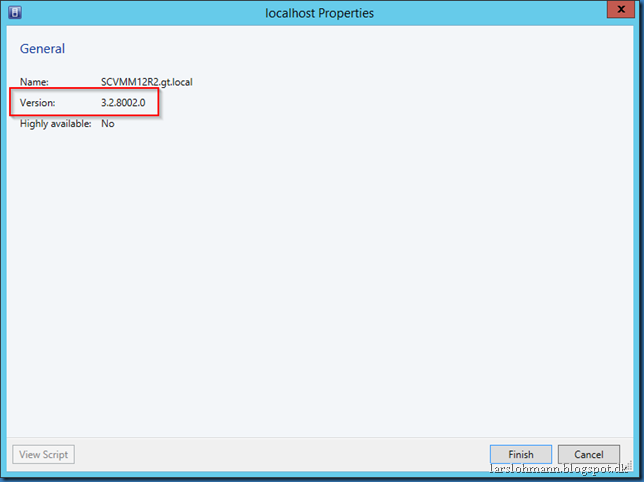 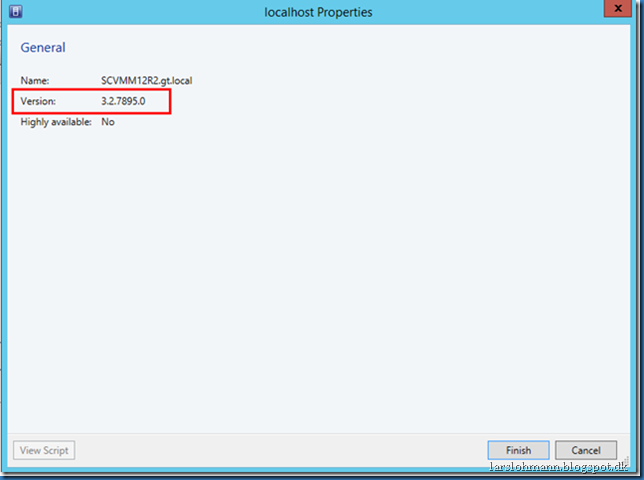 The Server update is also visible in installed Updates, when RU6 is installed you should see 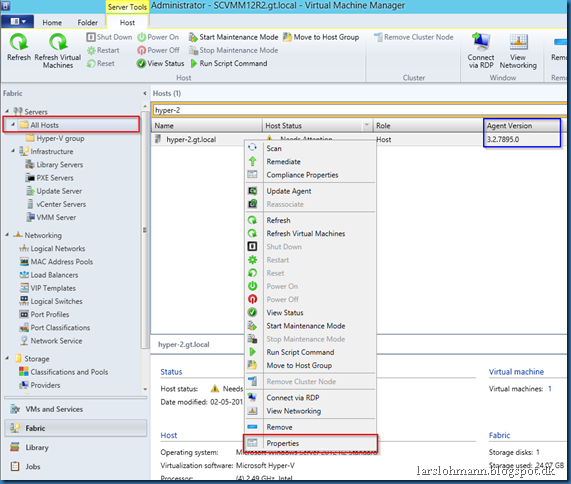 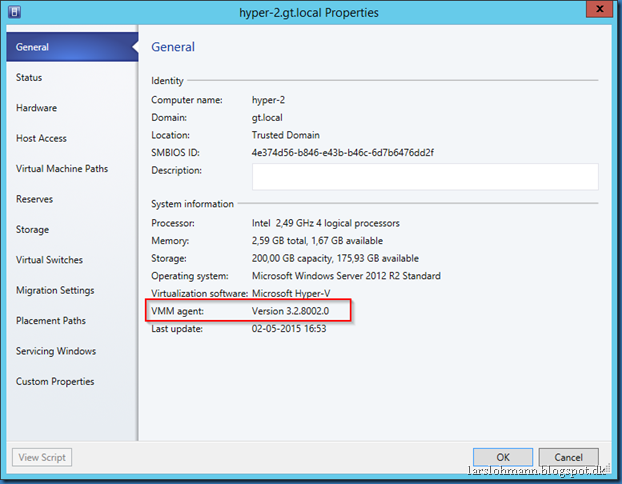 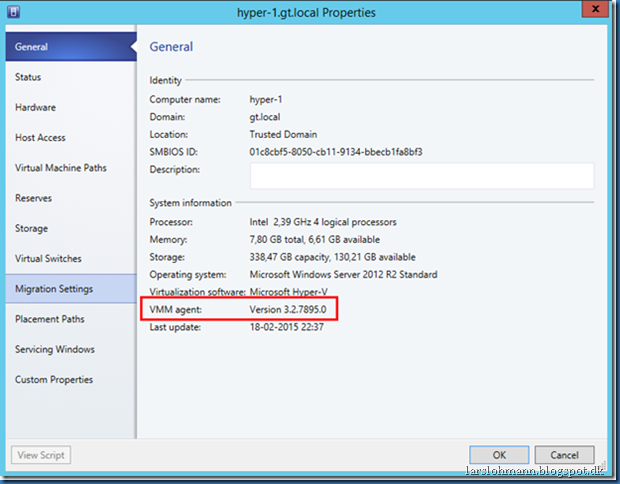 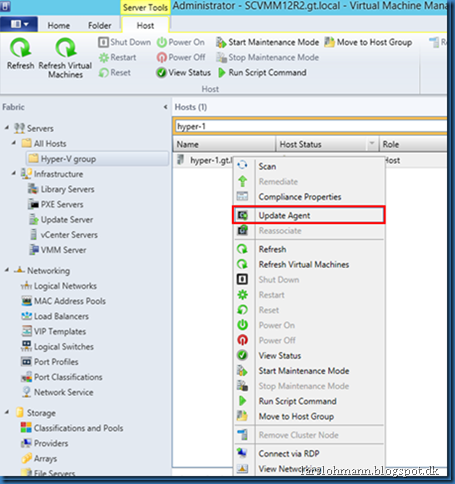 The VMM Agent version can also be found in Programs and Features on the Hyper-V host, after update you should see version 3.2.8002.0:

One interesting change is the possibility to add a Azure subscription to the VMM console and do some very lightweight administration on Azure VM’s, but more on that later: 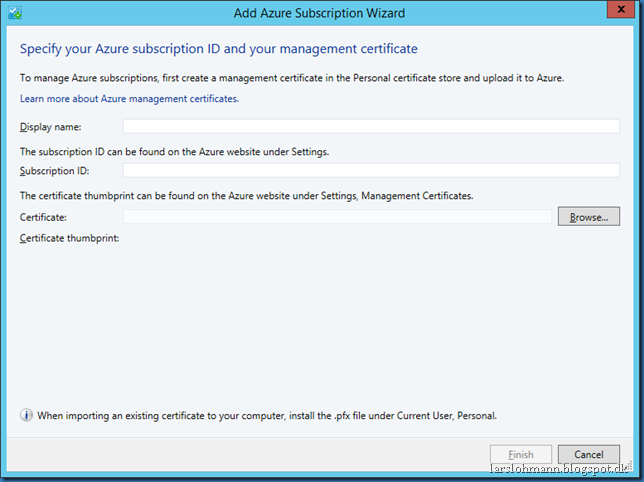 So this version check is not any longer necessary, but included for historical reasons: 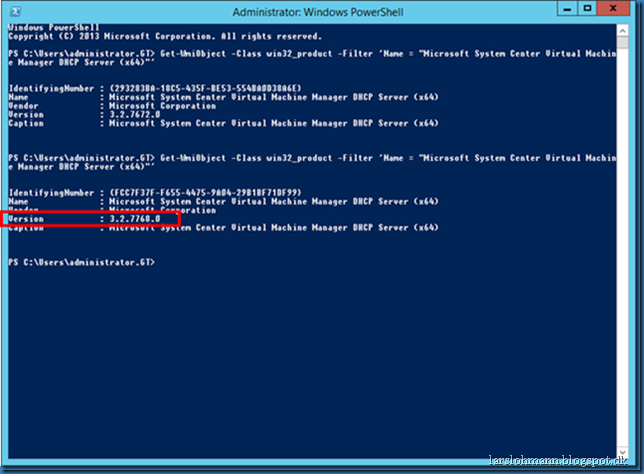